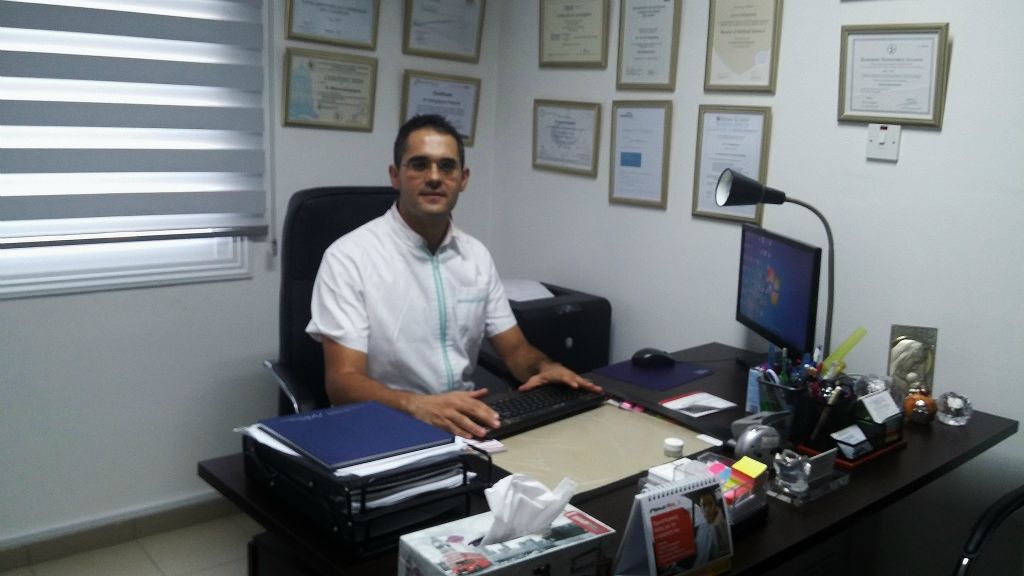 Dr. Kelogrigoris has been in the field of Dentistry for over 12 years now and he is the Principal/Owner Dentist of Paphos Smile Art Sudio Paphos Dental Clinic From January 2013.

Dr Stavros Kelogrigoris was graduated from the Dental School of the National Kapodistrian University of Athens in 2006. After one year internship as a volunteer dentist at the Dental Department of the General Hospital of Paphos in 2007 he went to United Kingdom where he started working as an Associate Dentist to several mixed(NHS+PRIVATE) and private dental practices in different places in the United Kingdom where he worked for 5 years.

In the United Kingdom he observed numerous dental seminars and he was accepted from the University of Sheffield for the MSCience Program in Restorative Dentistry which he attended from September 2008 till September 2010.

In November 2011 Dr Kelogrigoris attended a foundation course on Dermal Fillers and Botox that was organized by the COSMETOLOGY cosmetic training company UK where he was certified to place Dermal Fillers and Botox. After his graduation from the program he continued to work in the United Kingdom for another two years before he was accepted in August 2012 from the University of Aarhus In Denmark for the Three month short term program in Orthodontics where he attended till December 2012.

In addition on 22th of March 2014 he attended a practical course on Dental Implants in Havana City of Cuba where he fitted 30 implants patients covering all the aspects of Dental Implantology that was organized by the International Institute of Advanced Implantology and Esthetic Dentistry of the University of Havana in Cuba.

From April 2014 till December 2014. Dr Kelogrigoris attended a Master`s Course in Endodontics that was organized by the OMNIPRESS GR in Athens Greece.

He is Currently member of gIDE institute and ITI International Team for Implantology for continuing education in the field of Dentistry.

Generally Dr Kelogrigoris attended numerous seminars practical and theoretical gaining knowledge and experience in all aspects of Dentistry and he is keen on continuing his education in the field of Dentistry for as long as he is working as a dentist so as to be able to provide his patient with the highest quality and contemporary treatment they need.